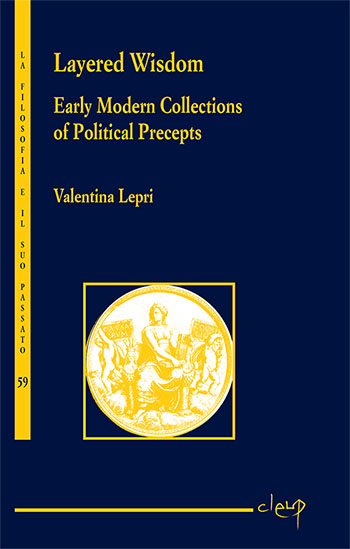 In the variegated cultural panorama of the early modern age, a fascinating alternative to the transmission of knowledge to posterity by a single author became increasingly popular. This was a form of layered wisdom, generated by the combined and stratified contributions of different authors, publishers, editors and translators. This book focuses on one of the most representative expressions of this phenomenon: the 16th-century collections of political maxims. Working at different times and in different places, the exponents of this little-known chapter of intellectual history came together in the attempt to define the rules of statecraft. This research traces their experimentation, illustrating how it helped pave the way for the evolution of modern political science.


Valentina Lepri’s studies address the impact of Italian culture in late 16th-century Europe and the manipulation of Renaissance printed texts. After taking a PhD at the National Institute for Renaissance Studies in Florence, she was post-doctoral research fellow in Germany, Poland and at The Harvard University Center for Italian Renaissance Studies at Villa i Tatti. She is currently teaching in the Artes Liberales faculty of Warsaw University.