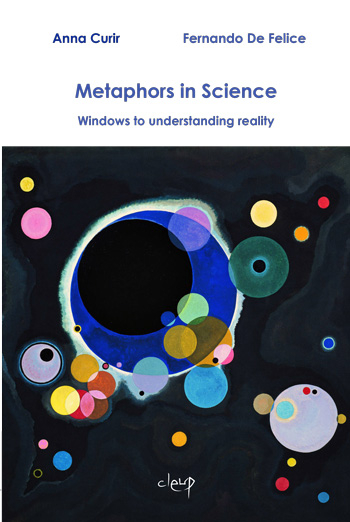 Metaphors are a linguistic tool that writers exploit to make their thoughts clear and easier to understand. The ability to use metaphors is particularly important to science writers since their ideas are often far from common knowledge and intuition. Metaphors are a comparison between two realities, one which is the subject of study, the other which describes an object with no connection to the subject of study. Because the object of a metaphor has the important role of elucidating the significance of the subject in its many possible realities, in this book we have devoted considerable attention to the science metaphors which are most used in everyday speech.


Anna Curir is astronomer at the Astrophysical Observatory of Turin, and psychologist.
She is a member of the Linacre College of Oxford, UK, of the International Society of General Relativity and of the International Astronomical Union. Her field of research are Relativistic Astrophysics, Galactic Dynamics, History and Psychology of science. She published several books of which we mention Les processus psychologiques de la recherche scientifique, Harmattan editeur (2015).